I am a writer, blogger, dot connector, content marketer and public relations professional with a B.A. in Journalism and Strategic Communication. 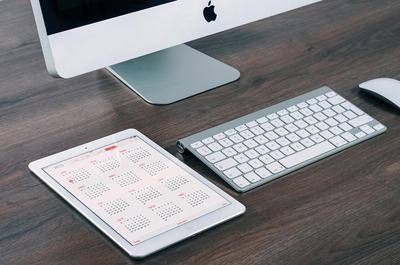 *Ghostwritten for physician Treatment for psoriasis and many other inflammatory diseases was revolutionized with the introduction of biologics. But to understand how groundbreaking these types of drugs are for psoriasis, it’s important to look at how the condition was treated in the past. Psoriasis is a chronic, inflammatory skin condition characterized by red, scaly plaques that typically show up on the knees, elbows and scalp. Psoriasis is characterized by over activity of certain parts of the immune system. Before biol

Tips for staying out of the Medicare prescription plan ‘donut hole'

*Story submitted to the E.W. Scripps company for publication on 27 television and newspaper websites around the country.*

Wrote all content and worked with a designer to publish this quarterly health and wellness magazine targeted to adults 50 and over.

How My Life Changed After My HIV Diagnosis

*Ghostwritten for a client project. When I first tested positive for HIV, I panicked. I planned my own funeral and obsessed about who would take care of my daughters after I died. I was sure my time was limited, so I took my daughters to Disney World and spoiled them at every opportunity I got. Three years later, when I hadn’t gotten sick—not even a cold—I realized I better stop running and deal with it. That was 1992, and since then, I’ve learned how to cope with my HIV and learned a lot about myself in the process. When I stopp

About three years ago, Cox and colleague Chris Ohlinger introduced active workstations to employees, making Miami one of the first universities to use these stations that are fitted with height-adjustable desks built over low-speed treadmills.

HOPE FOR ALZHEIMER’S: A Granddaughter’s story

I had my first real encounter with Alzheimer’s and Dementia when I was in the 11th grade. I knew it existed, I knew it was horrible, and I knew my paternal grandparents were both in the early stages of it. But that day was different. That day I was directly involved. That day, I will never forget.

Mental and behavioral health newsletter for internal organization geared towards its referral sources and potential clients.

Paula Cromer took a deep breath, and smiled at her partner Bob in the chair next to her with relief, awe and an overwhelming feeling of gratitude. She had just been told that she was officially a Breast Cancer survivor...

A young Charlie Maxfield stood transfixed at Fort H.G. Wright in New York and watched as his father—with the help of nearly 18 other men—loaded and fired a disappearing gun 15-20 miles out to sea...
Close ✕